I'm determined to make businesses shiny in the world. Will it be yours?

How to Generate Leads

The Most Powerful Word in Negotiations

What If You Could Push A Button To Generate Leads…

The One Thing Every Great Storyteller Does Right

How To Use Incentives To Build Your Business

Are You Fishing for a Minnow or a Tuna?

Blogging: Level It Up For the New Year

Could Your Message Go Viral If You Have Unlimited Money To Spend?

How would you like to create a buzz around your business? Do you ever wonder how others in similar industries have this magical buzz? And how are they doing it?

While you’re brainstorming this massive problem, what do you do? Do you think if you just did more advertising, that would move the needle?

You know that it will take a massive effort, but you’re committed.

You just haven’t gotten your name in front of enough people, so you call your marketing team to tell them we’re creating videos for YouTube, television, radio (yes, that still works), and just plaster your name and message everywhere.

All times of the day, every cable station, from Fox to National Geographic, ads are running. I’m going to prove to people that this is the way to do things.

Your team tells you, excuse me, but this is going to be very expensive. But you say, don’t worry, I’ve got lots of money to throw at this. It’s essential, and I want to do this right.

So, your team of 2,400 people across 43 states furiously put together all the material needed. It’s a blast like no one ever saw before.

And this is a true story. This is the story of Mike Bloomberg’s 2020 presidential campaign.

· not what they liked

· what their problems are

· what they did on their time off

· how they talked to one another

· who do they trust

· who lies to them

· what kept them awake at night

· who was their common enemy

· who was influential in their life

This is a small sampling of profiling needed for your avatar, your niche. When you are going after a market with a product or service, you need to know them. You need to be interested in what they are interested in. You’re not selling to your friends and family who are just like you.

You are not your avatar. You are there to solve their most pressing problem. You have to speak like your audience about the issues that are important to them.

Well, the talking heads on television will tell you people are concerned about the economy and safety. And that is always true. But you have to dive into the deep end of the pool to understand what the economy and security means to them. It’s not the low-hanging fruit like, ahh, I want a job. No, they’re talking about deeper emotional matters.

Like will my investments still be worth something when I want to retire next year? Will my son get a good job after he graduates from college next year? Issues that affect our day-to-day life is the starting point for election talking points.

Mike Bloomberg is worth north of $60 billion. Does he have any idea what the majority of Americans outside the east or west coast think about? By the way, the fly-over states don’t have the same worldview as people on the east and west coast. We’re all different.

If you’re like me, I thought to myself; he has so much money, surely someone is pointing this out to him. You have to know who you’re talking to. Your message has to make sense to everyone you want to vote for you.

His message was, I’m in this race to beat Donald Trump. WOW, what a statement. It was so powerful and profound it must have taken his team weeks to come up with that.

Now, getting people to vote for you is much like getting them to buy from you. You have to give them a good reason why. Why should I spend my precious vote? I only get one - on you? Because we all have the same song playing inside our head, what’s in it for me?

Beating Trump? Really, doesn’t everyone want that? He’s the king of the hill right now, and we want to take him down is the message everyone on the other side is thinking. If you are a business owner, this message isn’t going to sell anything. You can’t afford to sound like everyone else.

But the biggest blunder of all.

The messages were all about him. They talked about where he grew up, his mother, and his early beginning. Naturally, we want to know your backstory. But when does it end? Let’s talk about what’s important to me?

His messages focused on him. The voters, your audience, want to know what you are doing for me. Do you know me? This is the biggest mistake that business people make. People want a solution to their pain; you have to be the aspirin.

Bloomberg’s mistake is he thought he was the hero of the story.

Nope, the hero of the story is always the consumer. While your hero may stumble and fall along his journey, he needs you to make things right for him to survive. When your hero has safely completed his mission, they are entirely transformed, living the life they never imagined.

Your assistance made it possible for the hero to succeed in his assignment.

In Bloomberg’s case, if his message had been on point, he would have made our life wonderful.

In contrast, President Trump’s message, Make America Great was one of the best slogans ever created. The clarity and brevity were perfect. It is a message that everyone could rally around. The saying focused on Americans. It was so short that it was easily stitched on clothing and red hats.

Trump knows his market. The average middle class working man and woman. He knows how to talk to them, not pander to them. The market responded in kind. I’m an outsider, just like you are in his battle cry.

One of the best messages to market slogans ever, whether you liked him or not. If you didn’t like him, you wish that you had come up with the message first.

Some candidates in the 2020 election understood that a clear and compelling message was needed. Clear enough that you could wake someone up from a dead sleep and ask them what’s Trump’s message? Groggy and half asleep, you mumble, Make America Great.

With Bloomberg’s slogan, I shake you out of a dead sleep and ask you what his message is; you merely roll over, pull the covers over your head, saying leave me alone.

The moral of the story. Pouring money on the problem isn’t the answer. Know your audience; aka know your niche.

If you’d like to dive into this with me, I’m launching a 5-week course, Finding Your Niche Decoded. Reach out to me for more information.

From Linda James Bennett, on my journey to publish every day for 365 days straight. This is day 9.

About the author
Linda James Bennett 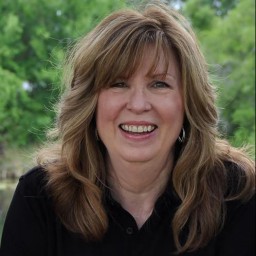 Linda James Bennett is obsessed with creating clear brand messages to help business owners win online. She believes that marketing shouldn't be complicated to be great. Let's face it, as a business owner you need to focus on the bottom line that drives sales, not being a copywriter. She is also an author of the book, Becoming A Seriously Happy Special Needs Mom ~ 21 Steps to Finding Your Happy Place, on Amazon.com